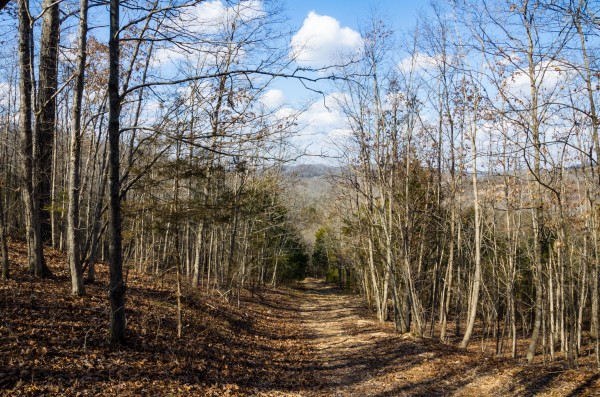 We decided to fit in a quick hike at Busiek this weekend. We were originally planning on going backpacking at Hercules Glades, but life (this time in the form of pet-sitting for friends) threw a spanner into that plan.

Not wanting to miss the opportunity to test some of the new backpacking gear we’ve bought, I took along our really cute Esbit stove (just 3.6 oz with one fuel tab) so we could heat up some water for a hot cup of cocoa during our hike. I’m not used to these ‘low flame’ burners, and forgot to take a windscreen, which is essential and adds another 4oz to the carry weight.

We wanted a fairly short and quick hike, plus we wanted to keep away from any other weekend hikers at the main trailheads. We opted to go counter-clockwise around the Yellow trail from the Southern trailhead, cutting the hike short by taking the shortcut across Woods Creek before the climb up onto the glades and the join with the Red trail. I’ve included our GPS track below so you can see where we went. 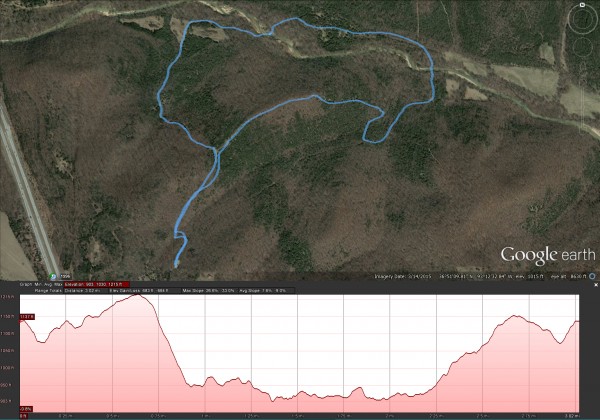 A very modest 3 mile hike starting and ending at the Southern trailhead.

Despite it being sunny the wind was downright cold, my choice of a short-sleeved tee shirt was not adequate. Fortunately, last week I picked up a used down jacket which I thrown in my messenger bag instead of my usual fleece. What with my water, coat, a 850ml titanium pot/mug, camera, and first aid / emergency kit my bag was pretty full, though not overly heavy.

The hike was very uneventful. We saw a couple of people at each of the creek crossings. The creek wasn’t high, but the water was cold!

Before the second and final crossing we settled down in the lee of a tree trunk and tested the Esbit stove by heating up around a pint of water. The first thing we noticed was the appalling smell of the unburned fuel tabs. Nasty. 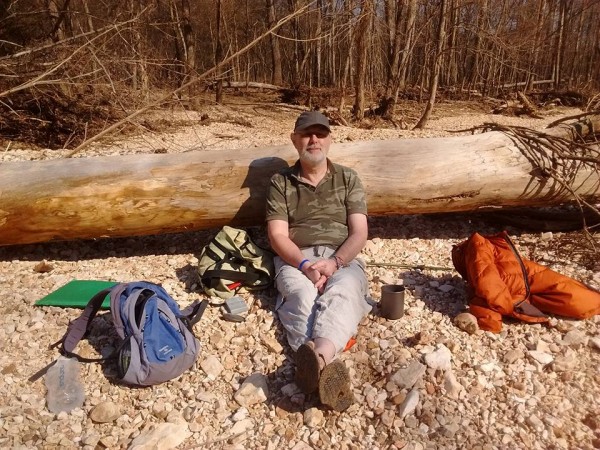 I tried to light the tab with my Zippo lighter, but that wasn’t going to happen – Zippos don’t work very well on their sides, so my spare, heavy and not so pretty, Ronson Jetlite lighter came to the rescue. As I said earlier, I forgot to pack the wind shield, and it was windy. For the moment, I’m going to give the Esbit the benefit of the doubt, and blame the lack of a windshield for the fact the water didn’t reach a rolling boil before the fuel tab was used up. 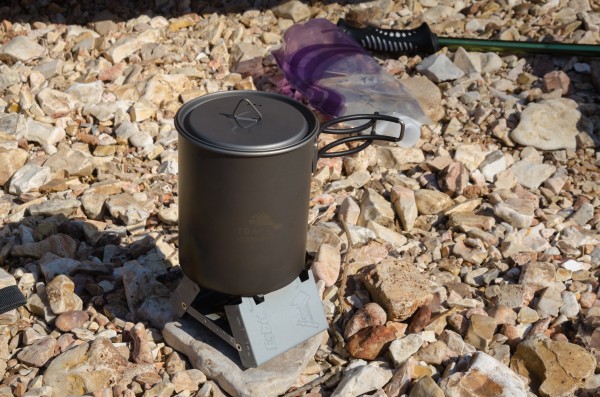 The fumes from the Esbit are quite strong, and it left some soot on the bottom of my pot. Thus far, I’m hugely impressed by the size and weight of the stove, but don’t like the smell of the fuel, the fact we couldn’t bring a pint of water to the boil, and the soot left on the pot. In contrast our other recent purchase of a Trangia alcohol stove (quick test at home), was clean burning, had no trouble bringing water to the boil, and left the pot base clean. The only downside with the Trangia is that it weighs more and is a little bigger.

After drinking our hot cocoa we crossed Woods Fork for the second time and headed back to the Southern trail head. 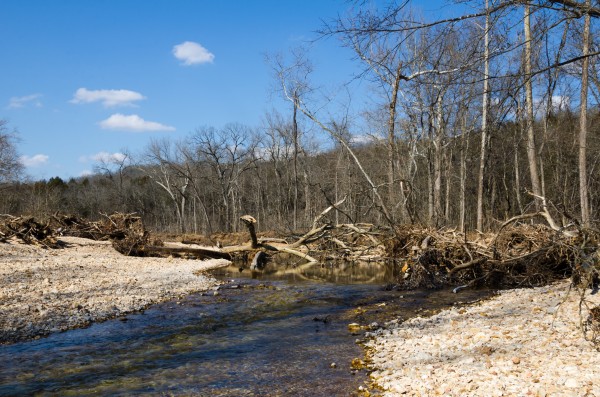 At just over three miles this was a great short hike. The descent off the ridge was quite challenging, just because the trail is so rough and rocky. Last week’s hike must have done us some good, as we’ve not had any aches. That’s got to be good 🙂 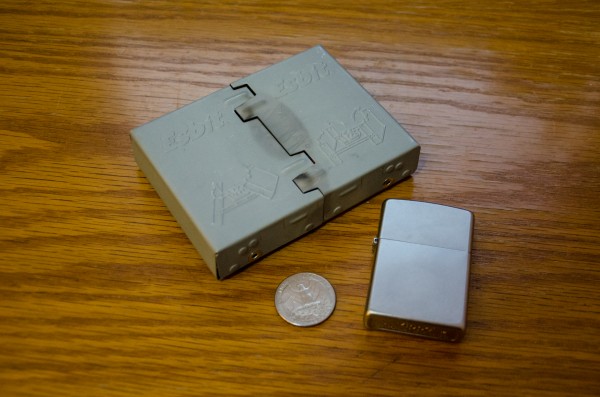 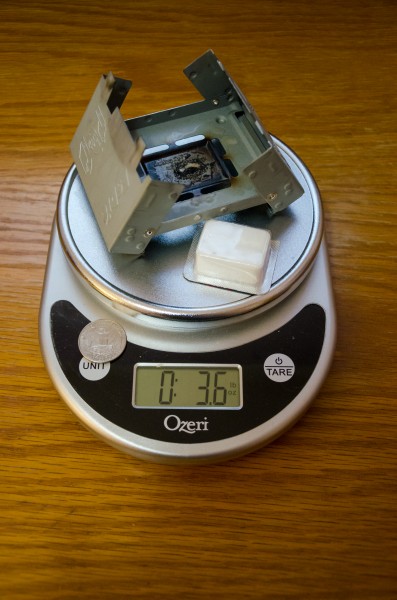 See other posts about Busiek State Forest and Wildlife Area.