In common with most of the campgrounds on Truman Lake, one of the loops of Berry Bend is open almost all year round. Berry Bend does close for a couple of days for special hunting events – so always check.

As of 2014 the A loop is closed year-round except on major holidays. The Corps of Engineers’ website states that the A Loop sites are available for for walk-in camping – you’ll need to talk to the camp hosts to sort that one out. We need to go back and re-visit Berry Bend and find out exactly what is and isn’t possible.

We particularly like Berry Bend because this a great part of the lake to take the kayaks on, with lots of areas to explore. There are plenty of campsites at Berry Bend with lake access so we can launch straight off the beach, and there is also a 25 mile equestrian trail which is great for hiking.

Truman lake itself has around 950 miles of shoreline – that’s a lot to fish and explore. 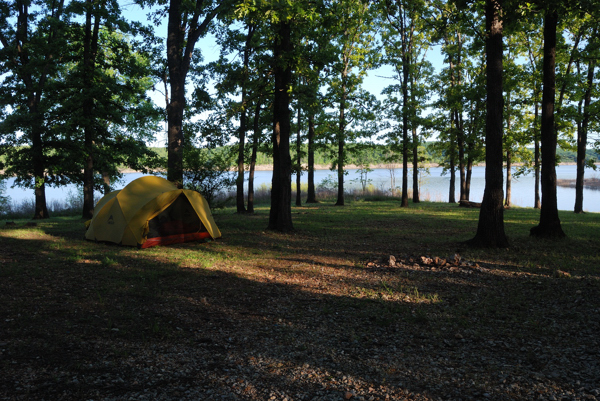 Late evening at Berry Bend Campground with sunlight falling between the trees on our MSR Mutha Hubba Tent. Campsite A47 – April 2012 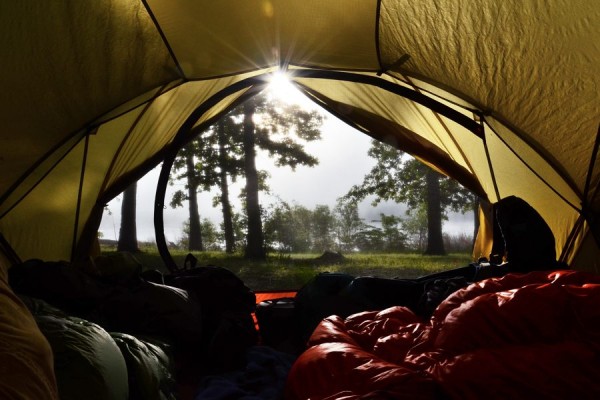 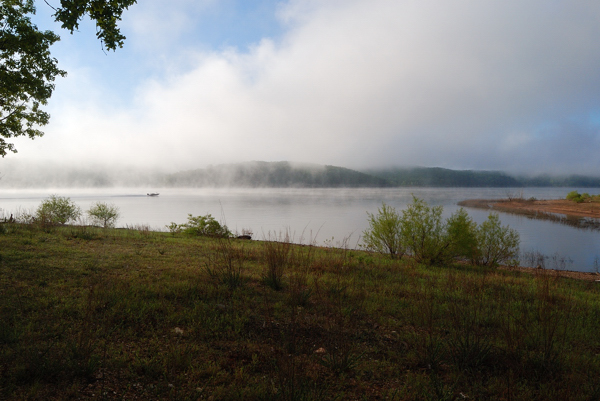 We sat on the shore of Truman Lake and watched the low clouds tumble by as the sun broke through. Fisherman would buzz by in their boats as they got onto the lake for a day of fun – April 2012 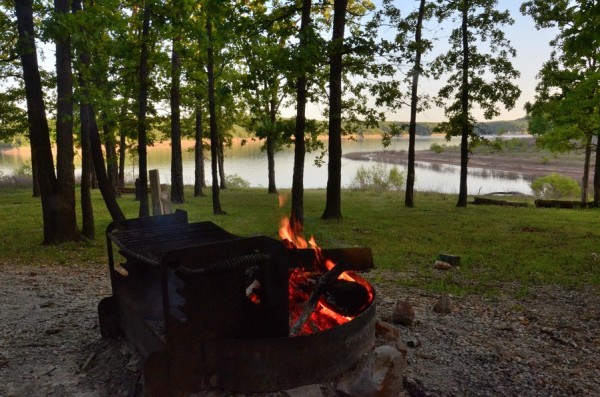 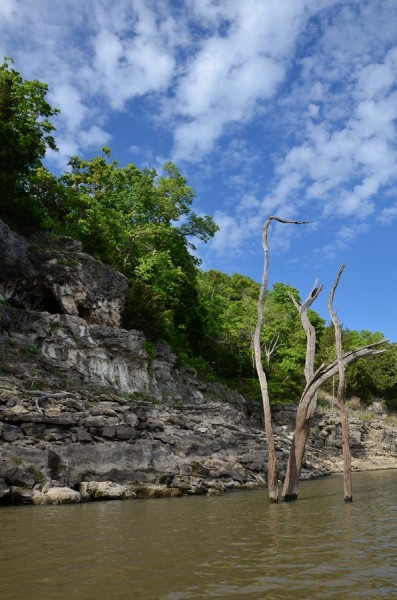 The bluffs at Berry Bend are very nice, well worth investigating and promise some good fishing too – April 2012

There are a few things you need to know about Truman Lake. The water is very silty, so visibility is limited – when I’m fishing I use noisy and brightly colored lures. Truman is also quite a new lake and there are a lot of dead trees in it. Great for the fish, but a nuisance to lures and motor boats. A great thing about kayaking is that you can get right in the trees without fear of breaking your prop. Unusually for the Ozarks lakes, Truman appears to have quite a current at times. Finally, we’ve noticed that the lake gets a lot of farmland run-off, rich in nutrients. The silty water stops sunlight reaching far down, but we have noticed a foot or so band of green algae around the shore. 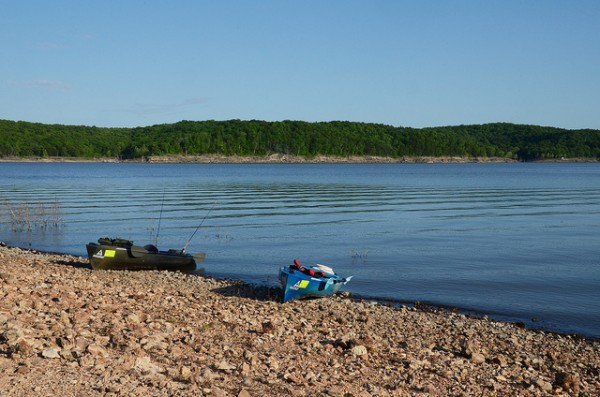 Anytime you’re tired of paddling or want to check out something on the shore, it’s easy to “dock” your kayaks anywhere. This time it was a pit-stop for the humans. Afterwards we paddled over to that bluff you see in the background and found some wonderful formations in the rocks – April 2012 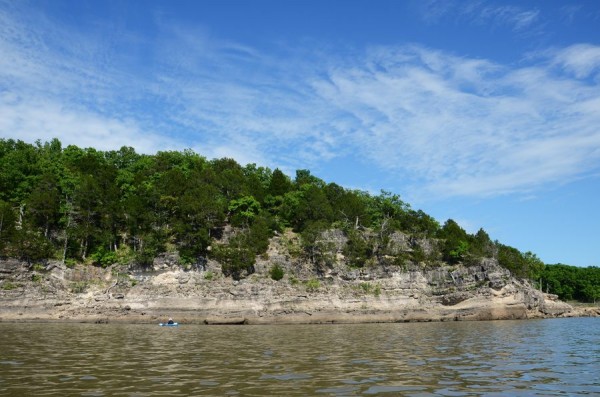 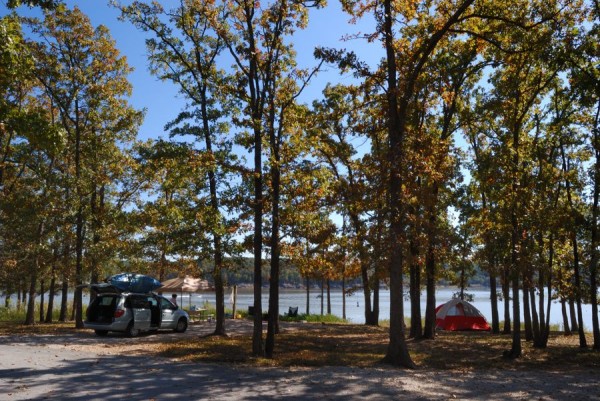 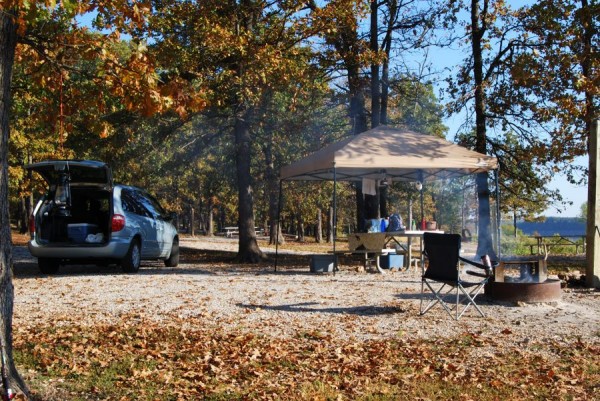 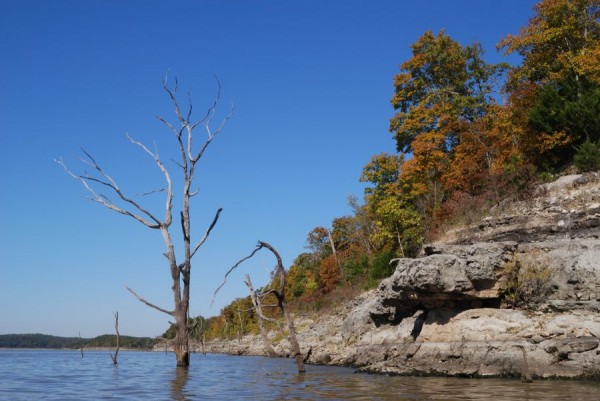 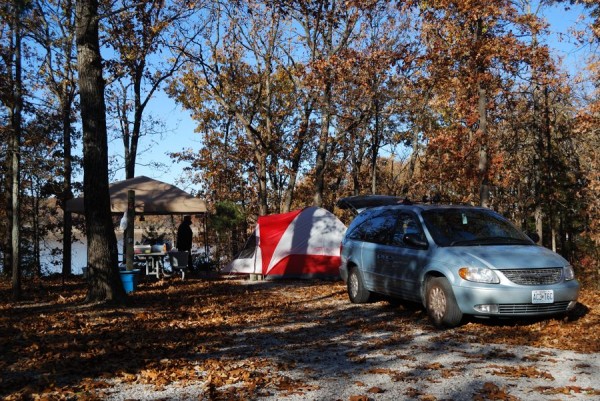 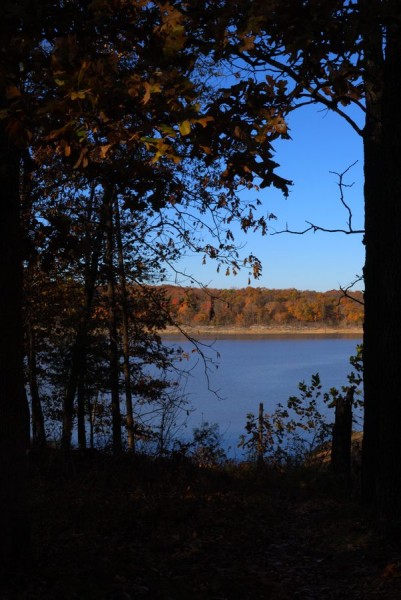 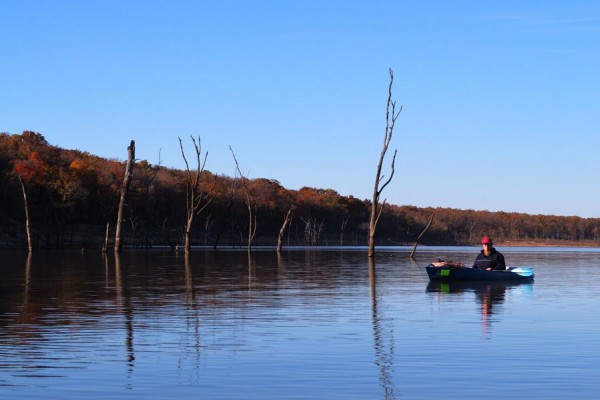 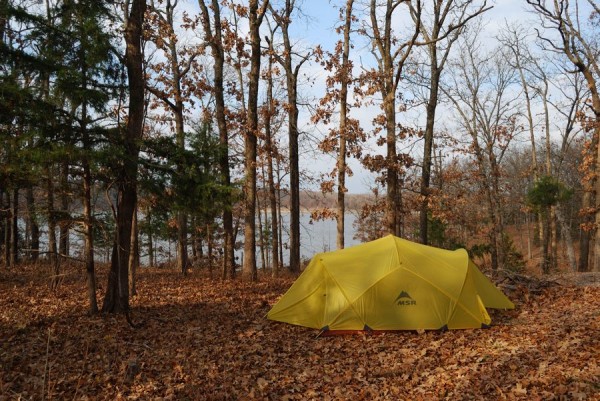 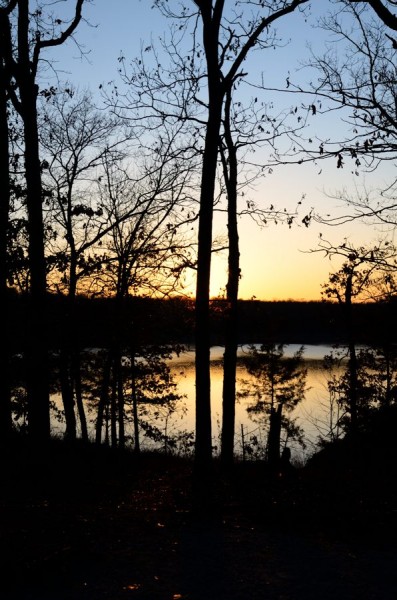 Getting to Berry Bend Campground from Highway 13 and Highway 65

View Larger Map
Google street view showing the junction of State Highway Z with the road to Berry Bend Campground. The Campground is about 2.5 miles down this road. Once you pass the Equestrian Campground and boat put-in (both on the left), Berry Bend is just a short distance after crossing the causeway.

Note: watch out for wildlife and horses on the road in this area.