We desperately wanted to get away backpacking for a few days.

We had a great weekend. We fitted in a couple of short hikes around Ginger’s parent’s farm, and we had a huge fire with toasted hot dogs, s’mores, and marshmallows.

Our first hike on Saturday involved climbing a small bluff and some fairly easy hiking on farm trails. It ended up at a near-by farm with baby pigs, young goats, chickens and turkeys. Lanie was in her ‘Awwww cuuuute’ element. 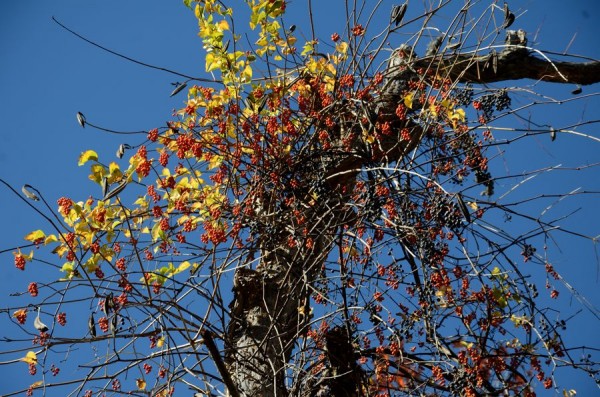 Wild Grapes, Bittersweet, and Trumpet Creeper high on a tree 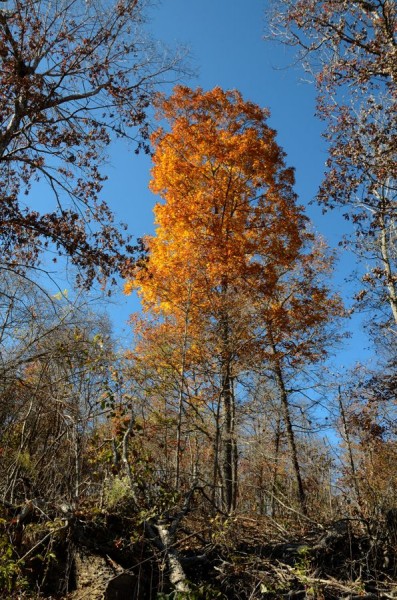 Last of the color 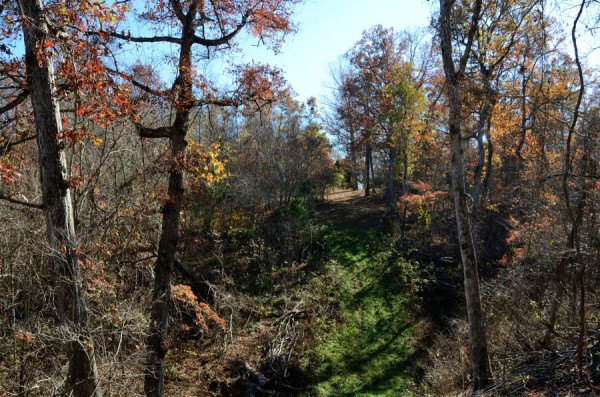 It was a lot steeper than it looks 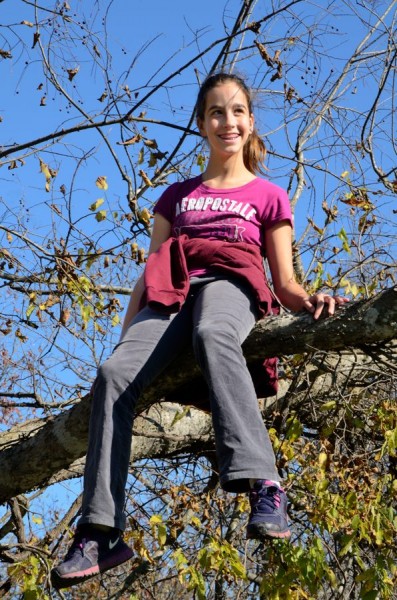 Lanie - up a tree 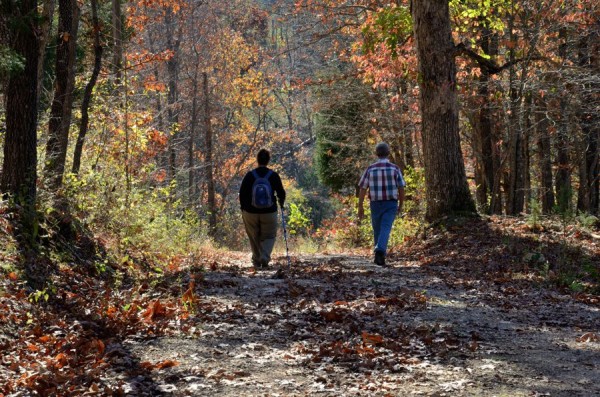 A very quickly grabbed candid shot. I was waiting for Lanie to finish petting some ponies when I saw this picture of Ginger and her dad.

On Sunday Lanie wanted to try and find Ginger’s childhood hideaway cave up on the bluff overlooking a creek. Ginger and her parents were engaged in grown up stuff so Lanie and I went off exploring. I’ve never been to the cave, and Lanie’s only been there once – so we had a proper adventure. First we found her uncle’s shack in the woods, and then after a bit of searching we found the cave. Cool. The trip back involved crossing the creek and a piggy-back ride – a sure sign we weren’t in serious hiking mode! 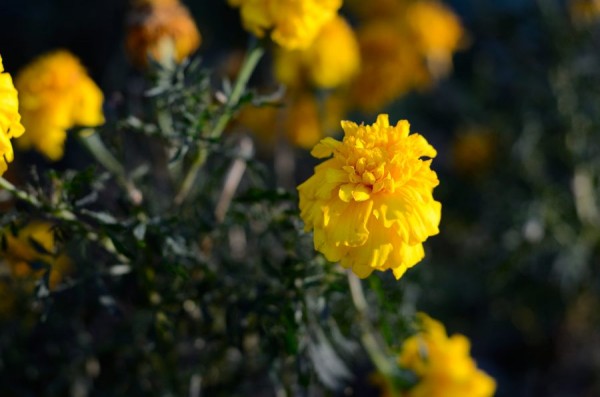 Last night's frost took its toll on the flowers 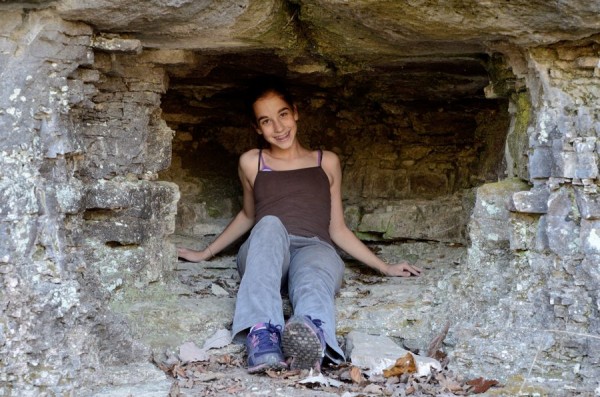 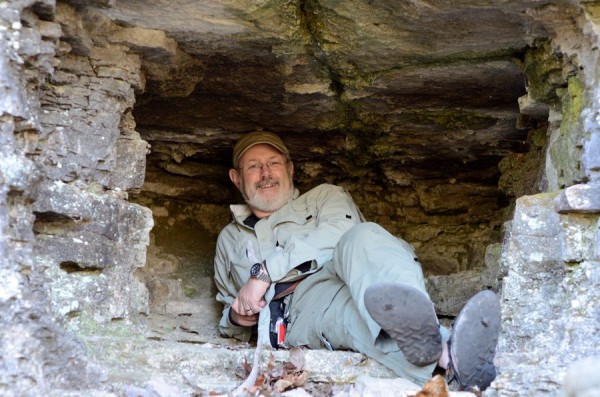 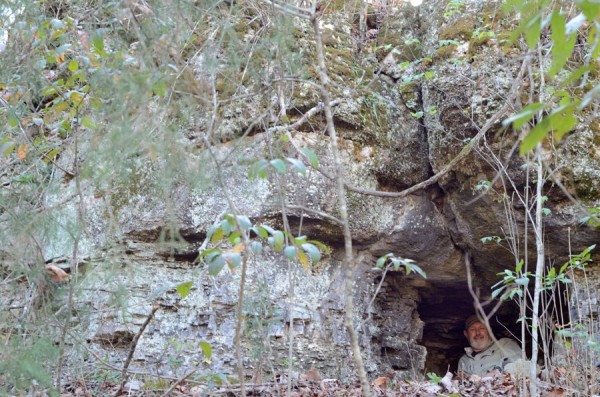 Next weekend (November 3 and 4) I’ve got a couple of commitments at church so we won’t be able to get away then either – which is dire as all the kids will be gone and the forecast is fantastic. We can only hope we will enjoy that weekend without getting out and about much as much as we did this one. 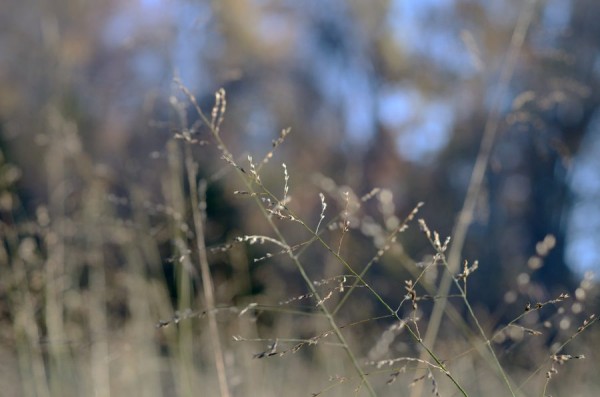