We wanted to backpack in the Hercules Glades Wilderness, but we’d never been there. We decided to reconnoiter the Wilderness first, in preparation for our first ever backpacking trip.

We found out that  MDC’s Springfield Nature Center was organizing a ‘Hiking Club’ trip to Hercules Glades, so we signed up to go. The group is limited to eight members so we were pleased to get a call to tell us some people had dropped out and we could go. 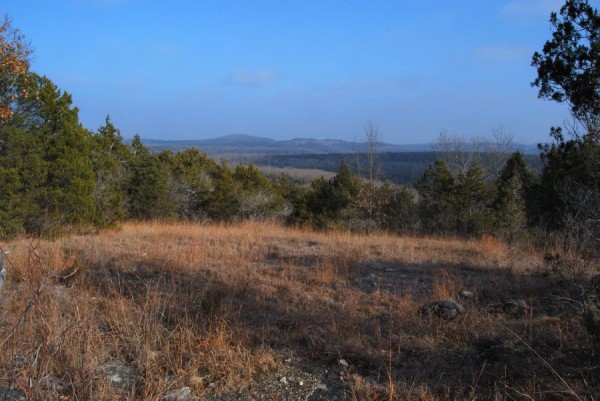 We met up with the other hikers at Springfield Nature Center, and we travelled together in an MDC van to Hercules Glades’ Coy Bald trailhead. When we arrived there was frost on the ground and the temperature was around 24°F, which encouraged us to get moving.

We started off going east along the ridge to Coy Bald, and then descending around 300 ft down to Long Creek. We walked along the creek to stop and have lunch at the falls which unfortunately were not running. 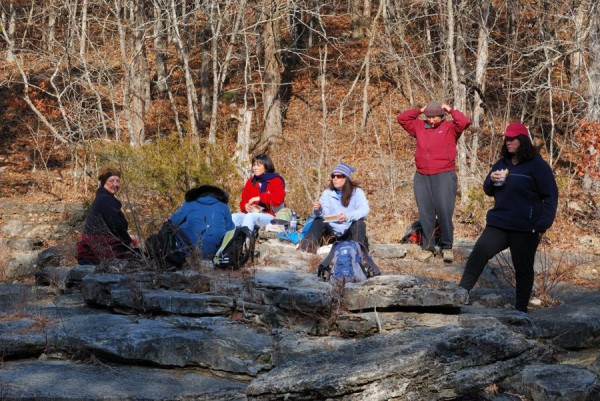 We stopped for lunch at the Long Creek Falls. The rock formations were impressive, I’m sure much more impressive when there’s water running. 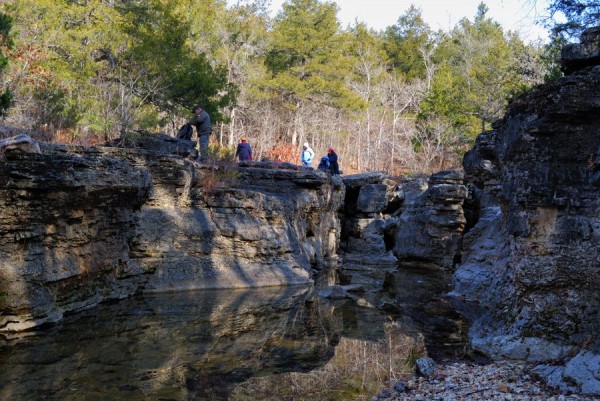 After lunch we continued on our way, heading north, then west along the Spring trail, a climb of 300 ft. Our guide took us off trail to visit a spring complete with spring box and a small building. In our several visits since then we’ve not been able to find the spring, which would be very useful given that the creek runs dry fairly often. (Some investigation work with Google Earth and a Topo map makes me think I’ve since got it pinned down to within 100ft. We’ll see next time we go).

From the spring it was a short climb to the top of the ridge and then the long descent into Devils Den began. At the bottom of Devils Den we crossed Long Creek again and detoured for a rest and look at the bluffs. By this time the temperature had raised itself into the forties. 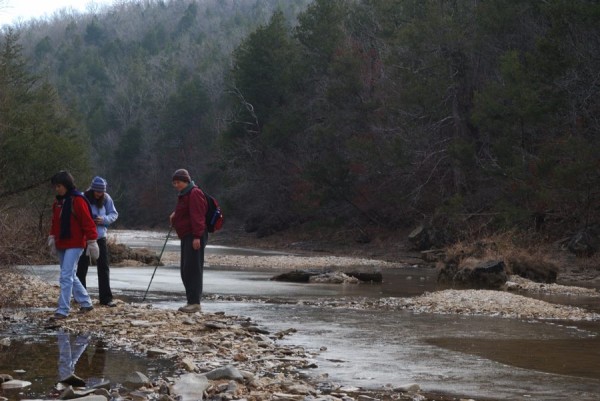 A short pause to look at the ice and Long Creek with water in it. Near Devils Den, Hercules Glades Wilderness 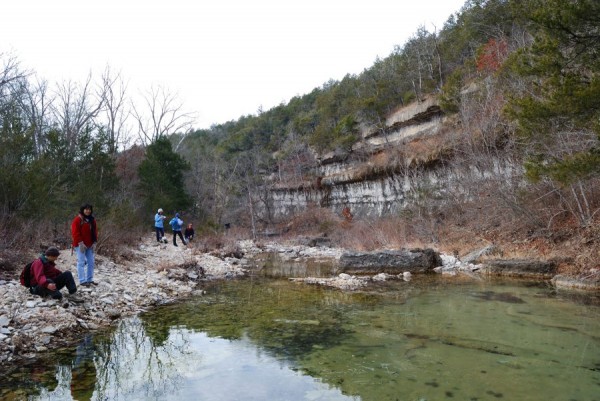 This bluff was near the end of the hike, giving us an opportunity to catch our breath before climbing up 200ft high slope to get back to the trailhead. 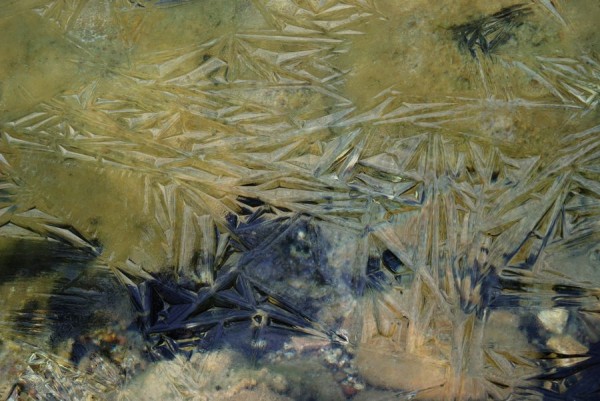 The final part of the hike was a hard 200ft climb to the Coy Bald trailhead. I was wearing work boots, a mistake I’ll never make again, as the weight of them severely strained one of my knees, which meant I could only hobble up the hill a few steps at a time.

It was a long haul, but I made it eventually and we completed our hike of around 7 miles.

Hiking with the MDC group is a great way to get started on hiking, and for us we were able to scout out several potential camping spots and find out the water situation for a more leisurely visit later.