The Midland Water Snake is a non-venomous snake. It lives in or near any aquatic habitat: ponds, lakes, sloughs, streams, rivers and marshes. We frequently see them in Ozarks streams swimming in the water and hanging out along the shoreline.  This one was spotted at the falls on Long Creek in Hercules Glades. It eats earthworms, slugs, snails and soft-bodied insects.

It’s very common in the Ozarks for people to fear these harmless snakes because of mistaken identity. We’ve seen people refer to any water snakes as “Water Moccasins” which actually refers to the venomous and much less common Cottonmouth.  Cottonmouths have a classic viper shaped head, when once you’ve seen them are quite unmistakable. Please remember that it’s illegal to kill any snakes in Missouri, venomous or not. 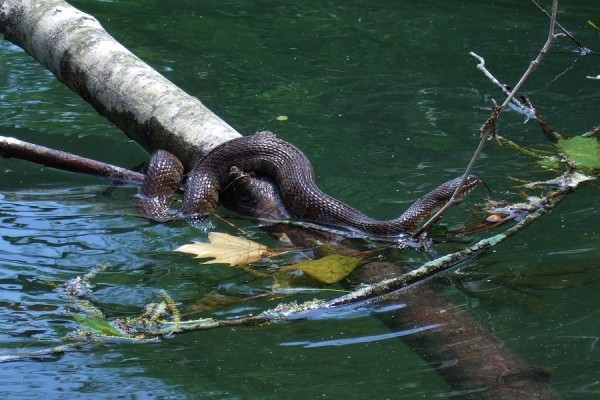 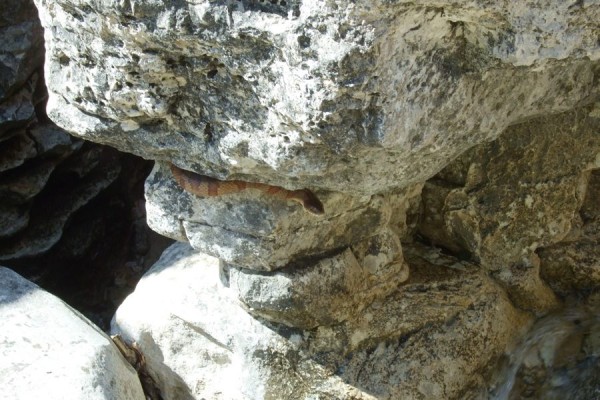