(Also referred to as Busiek State Park by some people). Hiking the Busiek Purple and White trails this week we discovered that the steep climb/descent at the southernmost point on the white trail has been replaced with a series of switchbacks. A lot easier and a fraction longer. The map below of the Busiek trails shows the new route. 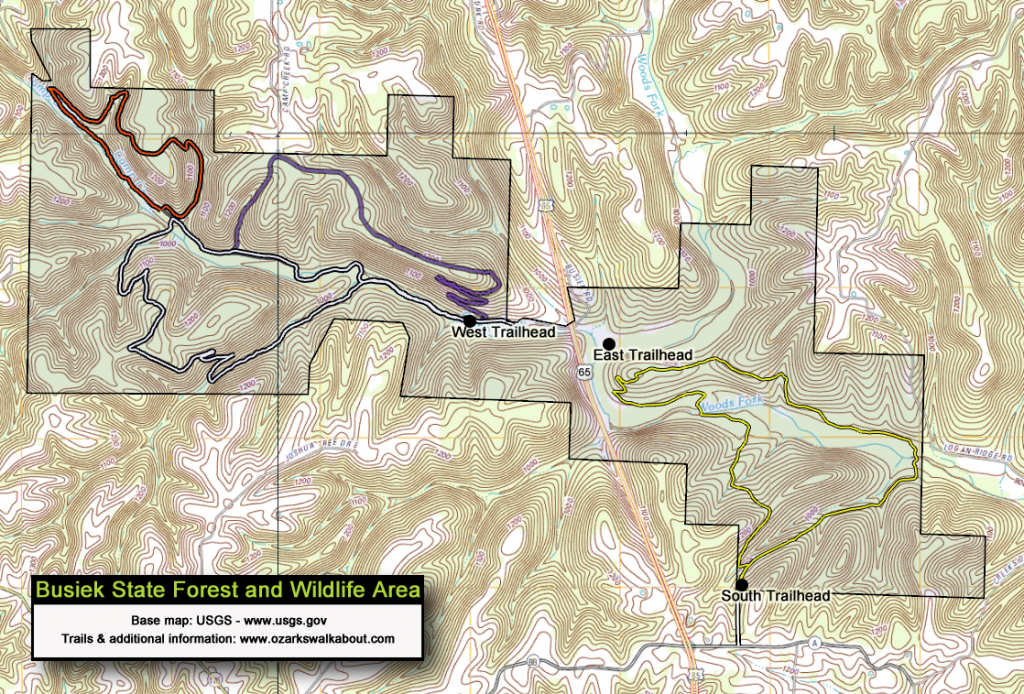 Note: (1) the Red and Silver trails are not shown above. (2) We’ve created a Google Maps and KMZ map of Busiek 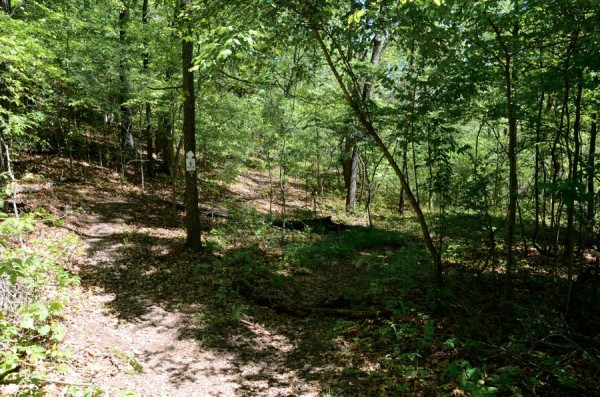 The pile of brush marks where the old trail made a very steep descent. It's been replaced with an easier but longer series of switchbacks. Someone has been very busy. 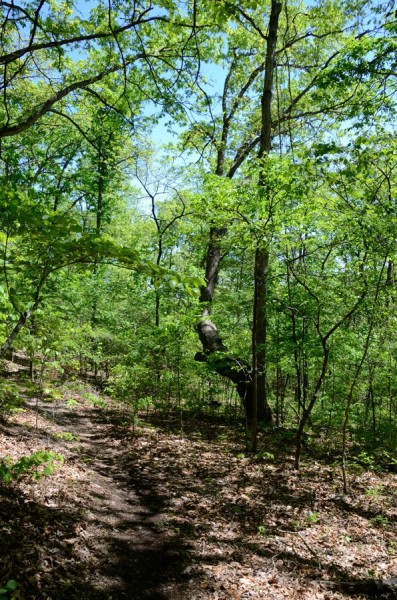 Busiek State Forest and Wildlife Area - New route of the White Trail. The new part of the trail goes to the north of this tree and then descends into the valley via a series of switchbacks.