A roundup of links to other websites with news and articles we’ve found interesting in November 2012.

Because of its big rivers, many lakes and wetlands, Missouri is one of the leading lower 48 states for bald eagle viewing. Each fall, thousands of these great birds migrate south from their nesting range in Canada and the Great Lakes states to hunt in the Show-Me State. 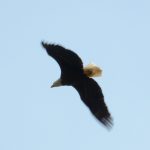 Tim Ernst is a nationally renowned wilderness photographer from northwest Arkansas. He’s written Arkansas guide books, as well as articles for several national publications, including National Geographic, Outside Magazine, and the New York Times. Ernst is also the former president of the Ozark Highland Trail Association. Ernst is giving two presentations Friday night at the Springfield Conservation Nature Center about his new picture book, “Arkansas Landscapes II.” He spoke with KSMU’s Samuel Crowe about the event, his career and love for the outdoors.

The things we find on the Internet – Sealander Amphibious Camping Trailer

The Sealander Amphibious Camping Trailer is a multi-functional compact camping trailer. If you want to spend the night out in the middle of a lake it’s no problem – after all, if floats on the water just like a boat.
visit site

The Missouri Department of Conservation (MDC) has confirmed a photograph of a mountain lion taken by a trail camera on Oct. 31 on private land near Branson in Taney County.
visit site

The gate to the Mark Twain National Forest’s North Fork Recreation Area at CC Highway will be locked on December 1; no camping will be allowed while the area is closed. All the facilities will closed including bathrooms, trash service, and the campground.

The North Fork Recreation Area will open for next season on March 1, 2013.
visit site