I decided to ignore the temperatures in the high nineties and take the kayaks and our youngest daughter out for a short run on the James River. The plan was to put in at the Southwood Access point, go up river and then drop back down, taking out the kayaks at Lake Springfield.

Our trip almost didn’t happen. We jokingly refer to the kayaks as ‘stealth pods’ as it seems as soon as we put them on the van it becomes invisible. People cut-in on us, people pullout in front of us. We’ve learned to be extra cautious once the kayaks are up on the roof. So it proved again. Less than five minutes from home someone drove into the back of the van.

Both van and occupants survived unscathed. I’m not quite so sure about the front-end of the car that ran into us though. A quick check to make sure that all was well and we were off again – with no more incidents. 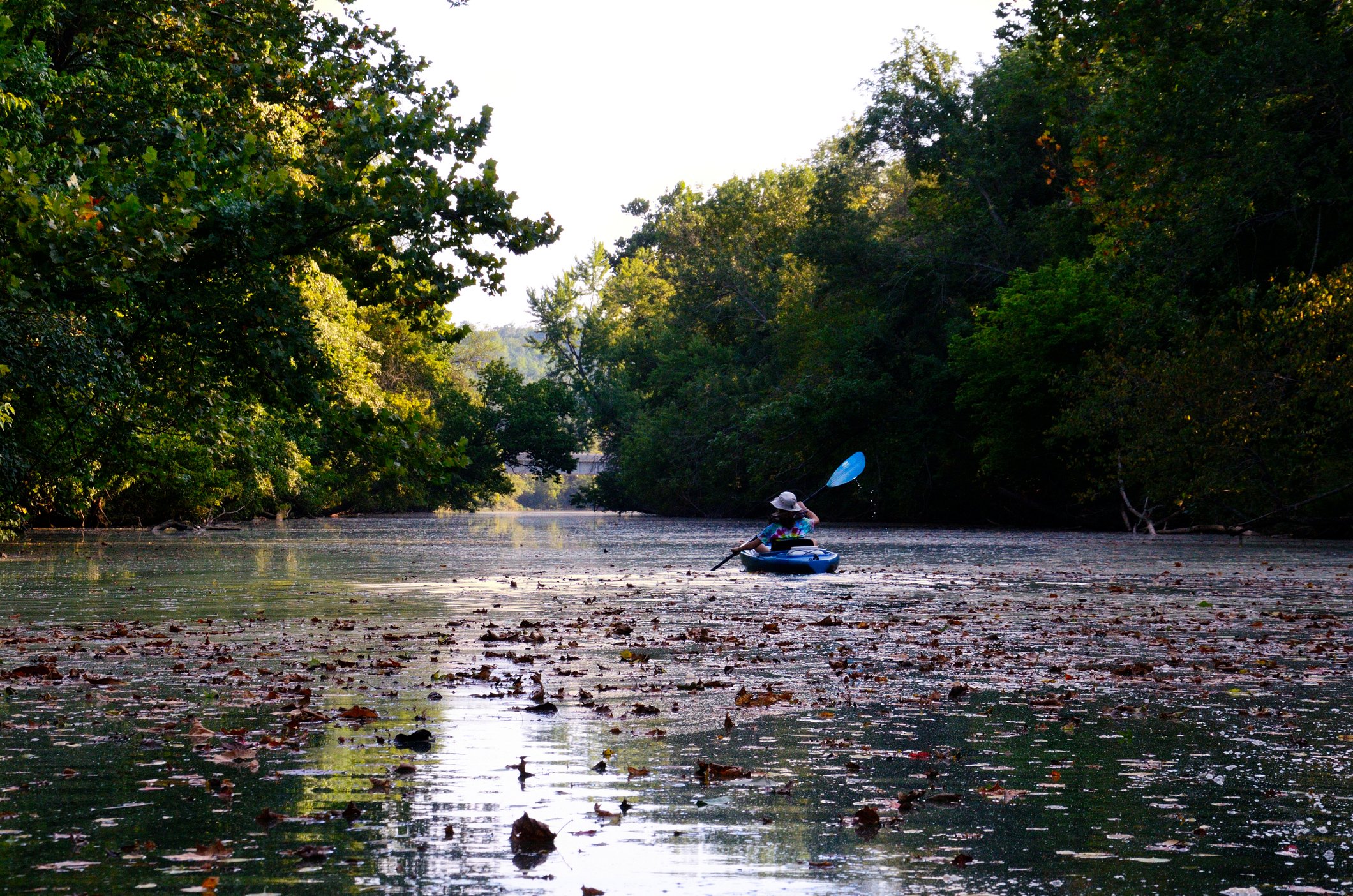 There were a lot more leaves on the water than I expected. Fall is on the way!

We had a nice quiet paddle up the James River. Apart from lots of turtles, a couple of herons, a humming bird and about half a dozen kayaks we didn’t see much. I was surprised at how many leaves were already on the water. If fall isn’t with us yet, it is definitely just around the corner. 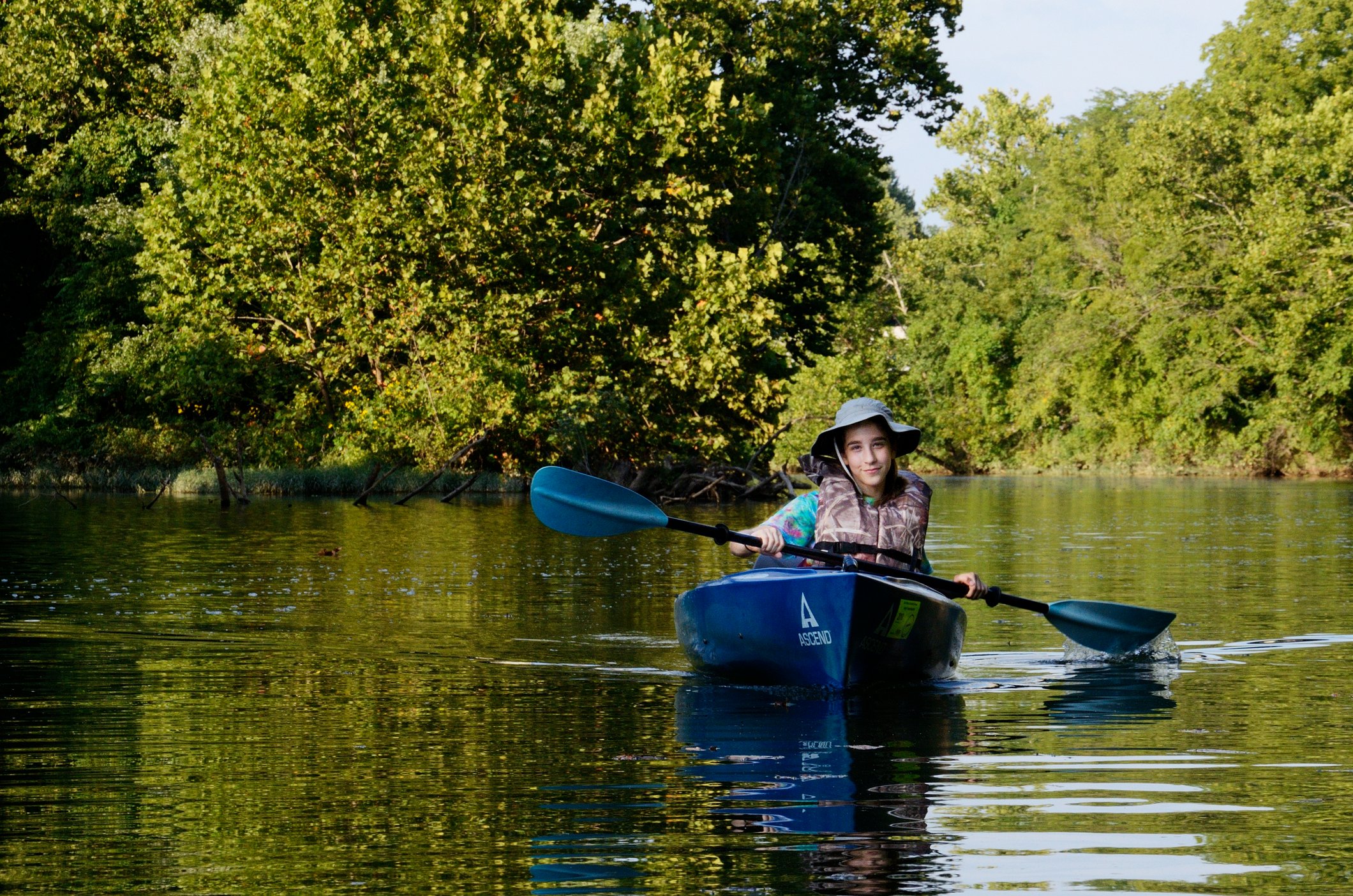 Lanie showing off her paddling prowess 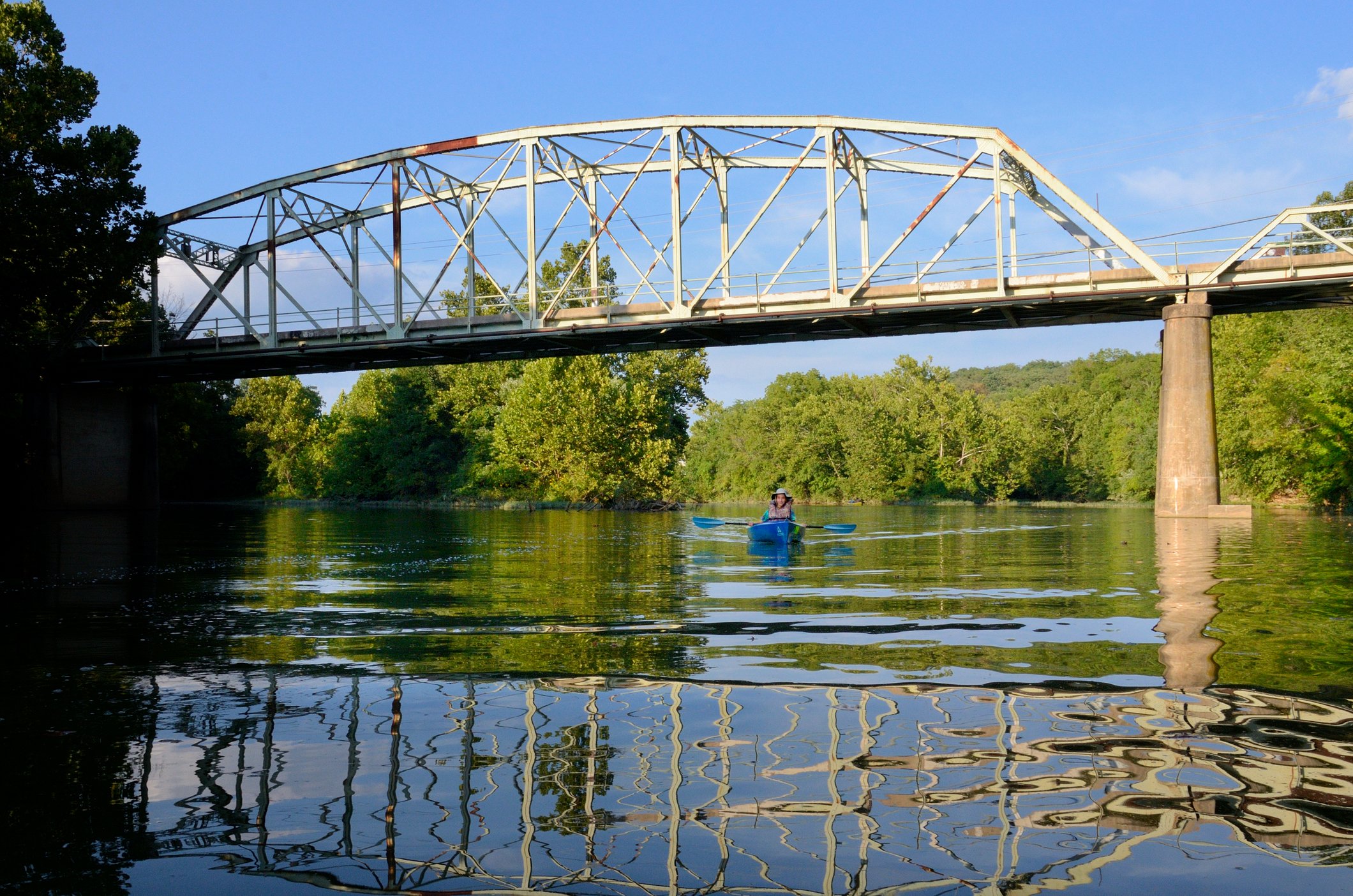 Passing under the old road bridge, a part of the Galloway Creek Greenway and James River trail

Because of being exhausted from a full schedule of school, a church retreat, and her rehearsals for SLT’s The Little Mermaid, Jr, Lanie ran of of steam fairly quickly. So we cut short the trip, taking out at the Southwood access where we’d put in. We went just a little under four miles. It was a good, albeit hot paddle, and the constant traffic noise from Hwy 65 interfered a bit with our relaxation.

Given Lanie’s novice status and the temperature, it might have been better to have gone straight down to Lake Springfield. We’ll have to try that next time.